I remember a few years ago I was watching a news program and it offered a list to teach parents about decoding texting slang they claimed teens were using. Among some of the more colorful gems were:

These were so ludicrous that I have never forgotten them. Have you ever seen those used anywhere? Can you imagine your teen doing it? Of course not, it was so out of touch that I was sure it must have been a joke (spoiler: it wasn’t).

Slang is a normal part of communication, especially for young people as they assert their independence. Each generation has their own and in the digital era it is a little different than the “boss” and “sick”’s of our own decades.

Here are some decoded slang terms your teen is probably using … real ones.

We all want to protect our kids but might not know how. The internet has expanded so far beyond what it once was and you may be feeling overwhelmed. Just remember to encourage your teen to be responsible, empathetic and careful about what they say online.

Always looking out for you,
Tyler 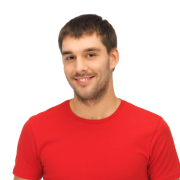